Today I am participating in the Tall, Dark & Charming blog tour by Erika Wilde. I did write a review on this one.

*I received this arc through SocialButterfly PR. 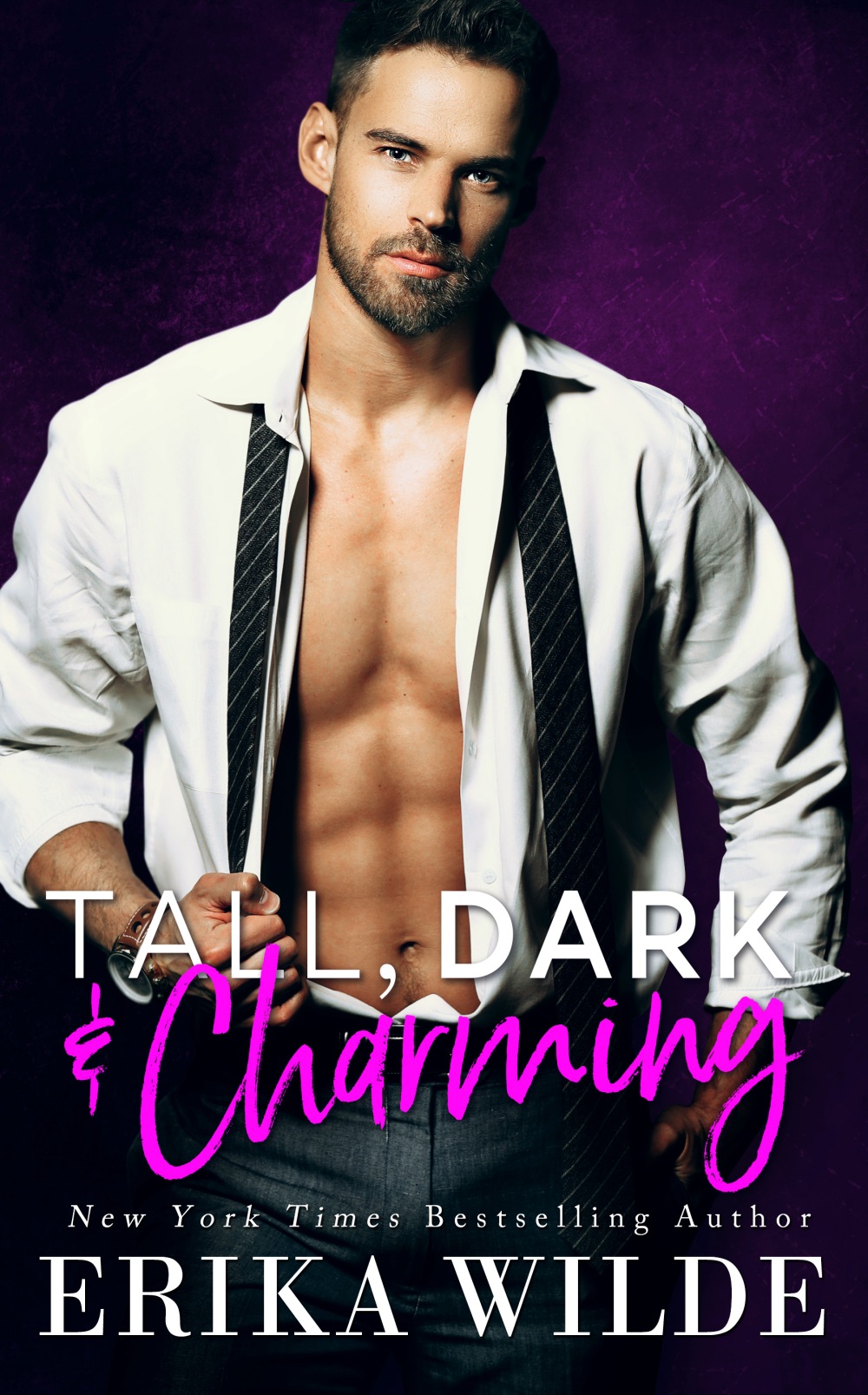 Aiden Stone loves life as a bachelor and has no intentions of settling down anytime soon. He has a great job and a career he enjoys, and women adore him . . . except for Daisy Parker, who doesn’t seem fazed by his flirtatious attempts or the sexy smile that normally has panties dropping to the floor. She’s a tougher nut to crack, but the fact that she seems immune to his charm only fascinates him more . . . until one hot unexpected encounter with her blows his mind and gives them both more than just a night of pleasure. Because Daisy is now his baby momma, and his life is about to change in ways he’d never anticipated.

What can I say about Tall, Dark & Charming.

I started reading this book but after the first chapter I found myself skipping through the book and just reading the dialogue between Aiden and Daisy.  The dialogue was interesting and I enjoyed it.

The storyline was a bit predictable although I didn’t read the book in its entirety, I was still able to figure out story.

I like Aiden the respectable, sexy man with those dimples. I also understood Daisy reservations with everything that she had been through with her mother.

I have mixed emotions about this book. I think that I will go back in the future and read the entire book.

“Enough about work. I say we move on to other pleasures,” Aiden said with a flirtatious gleam in his eyes. “What’ll you have to drink? Your normal white wine spritzer?”

Yep, she really was totally predictable and boring, because that was always her go-to drink during their monthly mixers with clients, or when some of their co-workers went out after work for a cocktail, and he’d obviously noticed her light-weight choice. Her limit was always one, and she was usually the first to leave those social gatherings, citing an early morning.

Predictable and boring had been her life for the past three years because it was a safe place to be, but tonight, being in a different city and away from her normal routine and weighty expectations prompted her to be daring.

“I think I’ll have a Moscow mule,” she said, stepping completely outside of her square little box.

He arched a dark brow, the amusement in his eyes warm and playful. “Wow, walking on the wild side tonight, huh?”

She laughed, the sound huskier than she’d intended. “Sure. Why not.”

“Why not, indeed,” he murmured, looking at her as if he was seeing someone other than the reserved woman he’d worked with the past three years before motioning to the bartender.

“What can I get you two?” the older gentleman asked as he set a small square napkin on the counter in front of each of them.

“Two Moscow mules,” Aiden said, surprising Daisy by ordering one for himself.

“You like them, too?” she asked once the bartender left them to make their drinks. With a mixture of vodka, spicy ginger beer, and lime juice, it was usually an acquired taste.

“Never had one,” he admitted, flashing her a dimpled grin that caused a warm tickle in her belly. “But if you’re taking a walk on the wild side tonight, then I’m joining you.”

She rolled her eyes. “Yeah, I’m such a rebel,” she scoffed, then shook her head at that absurd notion and laughed. “Okay, let’s be real. I’m so not rebellious.”

“I know, which is why I’m not letting you indulge alone,” he teased, leaning his forearm on the countertop. “You know what they say . . . friends don’t let friends get drunk alone.”

Her lips quirked at his explanation. “Umm, can’t say I’ve ever heard that quote before.”

“Just go with it, Daisy,” he encouraged, swiveling his chair so that his body was turned toward her, though she remained sitting straight because if she did rotate her seat his way, his legs would end up bracketing hers. “Besides, I don’t want to be the responsible sober one if you do something crazy, like dance on one of the tabletops. I want to watch and cheer you on.”

Her cheeks warmed at the notion of doing something so impulsive, but mostly at the thought of Aiden encouraging her brazen behavior and having his eyes on her while she shimmied her body and tempted him to end her three year dry spell. Yeah, as if that would ever happen. Judging by the beautiful, sophisticated, svelte women she’d seen him with, she was so not his type.

“So, truthfully?” he said, his voice effectively snapping her out of her little fantasy, even though the residual scrape of her tight, hard nipples against the cups of her bra was distracting as hell. “I’ve always been curious to know what a Moscow mule tasted like.”

“You didn’t have to order one,” she told him with a laugh. “I would have given you a sip of mine.”

“Mmm . . . I don’t think I should be putting my lips on your lips,” he said, his voice dipping sensually low as his gaze skimmed across her mouth before lifting to her eyes again. “Well, not technically, anyways, but if you shared, I might not be able to stop at one taste, and that wouldn’t be fair to you.”

Daisy’s pulse stuttered, then resumed at a faster, more arousing pace. Oh. My. God. Were they even talking about the Moscow mule anymore? She was used to the occasional teasing exchange with Aiden at work where there were a dozen other people around so it never felt personal. But now that it was just the two of them, without anyone else around to buffer his comments and the situation, she wasn’t sure what to make of this more intimate dialogue . . . except to admit that it was making her very aware of how much she missed this kind of connection with a man . . . especially the physical one. And how much she liked Aiden’s attention.

The bartender delivered their drinks, and both she and Aiden picked up their highball glasses and took a sip of the Moscow mule. The taste of vodka was strong, but the spicy ginger beer and lime gave it an interesting twist of flavor. It took Aiden three sips, taken with a furrowed, uncertain brow, before he finally, slowly, nodded his head in approval.

“It’s definitely different, but I like the kick of spice.” He shifted his gaze from the drink, to her. “Who knew beneath those conservative suits you wear that you were a woman who liked a little spice in her life.”

His eyes twinkled mischievously, though there was something more heated simmering beneath the amber hue as he maintained eye contact with her. As if he was testing just how far she’d allow this arousing banter between them to go. If she’d play it off like she normally did, or if she’d dare to take a walk on the wild side, as he’d suggested earlier.

The thought was appealing, especially in a city and environment where no one knew them. Deciding to just go with the flow of flirty conversation and enjoy the evening away from work, obligations, and responsibilities, she took another swallow of her drink and smiled at him. “That’s because you’ve never seen me out of my business attire.”

Erika Wilde (aka Janelle Denison) is the USA Today bestselling author of over 50 contemporary romances for multiple print publishers.