Today blog tour is Chosen by Paulina Ulrich. I got a chance to ask Paulina a couple of questions. Thanks Paulina for taking the time to answer my questions.

Enter giveaway and you could win: 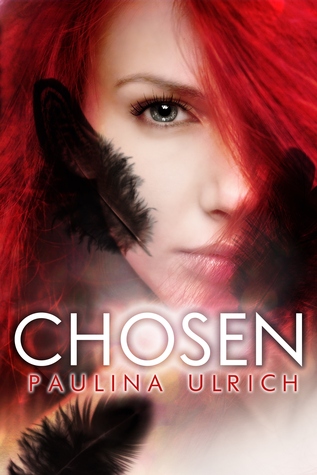 Nothing can stand in the way of outspoken, rule-breaker-extraordinaire; Kaddy Richston…except destiny. She set her sights on being in a rock band and leaving her small Wyoming town along with the painful memories of her past.

But destiny had other plans for her.

The observant Cole Huntington enters her life and becomes the bump in the road Kaddy is trying to pave for her future. Striking blue eyes, features to make any girl swoon, he’s everything but the new-to-town bad boy. Calm, cool, and always collected, he plans on unraveling every one of Kaddy’s dark secrets.

Kaddy is determined to undermine whatever intentions he has until she learns of a destiny she never asked for. The only person she can turn to for answers is the last person she’d want help from: Cole Huntington, who seemed to dislike her rule-breaking as much as she dislikes his rule-following.S

S:  What did you edit out of Chosen?

P:  There were only a handful of scenes that got cut after my editor had gone through it, one in particular was a scene on a stage with just Kaddy and Cole having a deep conversation and becoming more romantic towards one another. It wasn’t directly tied to the plot so my editor axed it, which was good for the story

S:  How did you select the names of the characters for Chosen?

P:  They just sort of came to me! I wanted something that really suited each character’s personality and Kaddy’s name popped into my head because I liked the way it sounded. It’s pronounced “caddy” for example: a golf caddy. Even if I have to make up names, I like to work with how they sound and flow with their personalities and traits.

S:  Paulina, if you didn’t write what would you do for work?

P:  Not sure I would do anything else but write! I might have gone into teaching English for students where English isn’t their first language.

S:   Being an English Major do you think someone good could be a good writer if they don’t feel emotions strongly?

P:  I feel like writing is about perceptions and imagination. Writing isn’t purely emotional at all times, depending on the genre (I don’t generally find textbooks emotional), so I feel if one has a strong sense of the language they’re writing in, perceptions, contexts, settings—all the things that go into writing, that writer doesn’t have to be super emotional or devoid of any emotions to be considered a good writer.

S:   Did you get writers block while writing Chosen, if so how did you overcome it?

P:  When I first started Chosen, it was out of passion for these characters and this story so for this novel, I didn’t face writers block. I zipped through writing it because I was so in love with the story line.

S:  What is your favorite childhood book? 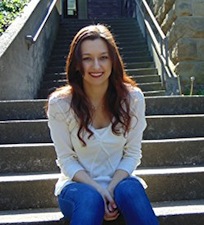 After receiving her BA in English with an emphasis in Creative Writing, she now writes full time with, of course, her cats to keep her company. She is the author of the Flightless Bird series, the award nominated Fighting Fate series and many more stories to come. She also writes nonfiction and has been published in various literary magazines. When she’s not writing, reading, or doing author-y stuff, she’s out buying way too many cute shoes…